This is an overview of the SKNK Alien Heads for Second Life avatars. Almost all the information may or may not apply to other SKNK heads, however the photos are only of the Aliens (Solee, Uvai, and Vasaran) and the list is what comes with the fatpack. Other heads may have slightly different content. For more mesh heads and bodies head on over to The Mesh Directory. 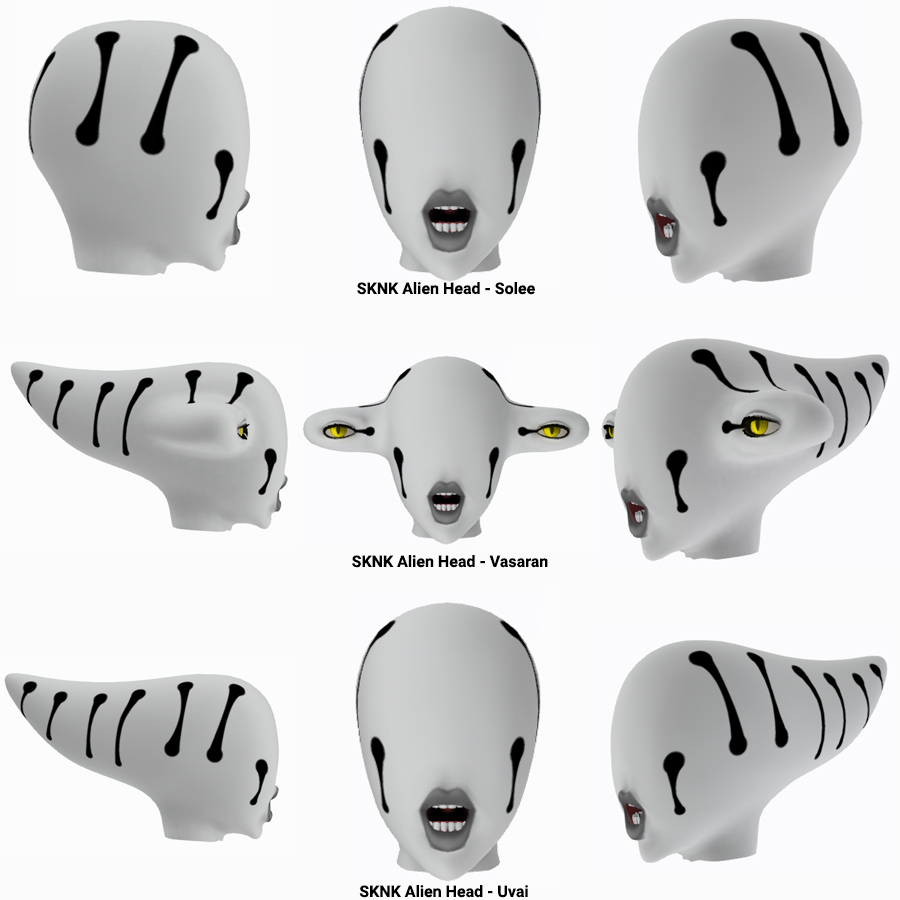 Copy – Yes
Transfer – No
Mod – Yes (says no mod due to scripts, but it IS modifiable as per the creator.)

Eyebrows (Applier) – Yes (For Vasaran. N/A for others)
Eyebrows (BOM) – No

Teeth – Yes
Lashes – Yes (For Vasaran. You can apply your own textures too.)
Piercings – No

Other pros and cons to consider that haven’t been mentioned above.

What’s In The Box

Do you have SKNK’s Alien Heads? Tell me what you think.
Are there questions you have that I didn’t answer? Ask away!
Would you like to see more info included? Let me know.
Always feel free to use the comment section.